Showing posts from May, 2014
Show all

Facebook Wants To Listen In On What You're Doing

EYI GA O :p Facebook had two big announcements this week that show the company’s wildly divergent takes on the nature of privacy. our announcement is that the company is encouraging new users to initially share only with their “friends” rather than with the general public, the previous default. And for existing users, the company plans to break out the old “privacy dinosaur” to do a “ check-up” to remind people of how they’re sharing. Facebook employees say that using an extinct creature as a symbol for privacy isn’t subtle messaging, but simply an icon to which their users respond well. Meanwhile, Facebook’s second announcement indicated just how comfortable they think their users are in sharing every little thing happening in their lives. Facebook is rolling out a new feature for its smartphone app that can turn on users’ microphones and listen to what’s happening around them to identify songs playing or television being watched. The pay-off for users in allowing Fa
Post a Comment
continue reading » 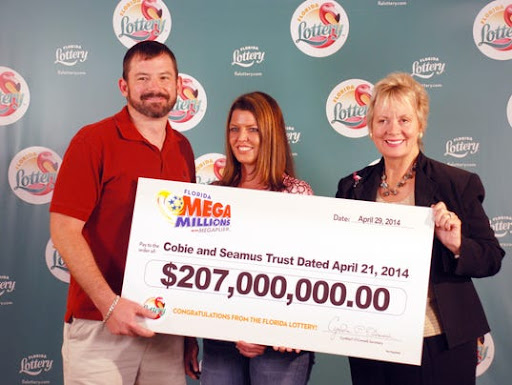 she had less than $5 cash with her when she filed for bankruptcy two years ago, but Tuesday, a Merritt Island woman held a giant novelty check for more than $200 million in lottery winnings. Federal court documents show Robyn Ann Collier's personal property on April 30, 2012 included $4.73 "cash on hand." In February this year, her boyfriend was laid off from his job at a boat-building company, according to their attorney, David Presnick. But in March, Collier bought a Mega Millions lottery ticket at a Sunoco gas station on South Courtenay Parkway on Merritt Island, according to a release. She and her boyfriend, Raymond Moyer, had the winning numbers. "We didn't know we had won until the next morning when the numbers were on the news," Collier said in a release. "I paused the TV and ran to get the ticket to double check the numbers and when I realized they all matched I jumped off the couch in excitement and told Raymond we had won.&qu
Post a Comment
continue reading »
More posts