5 Reasons Why Women Shouldn’t Deprive their Man of Sêx 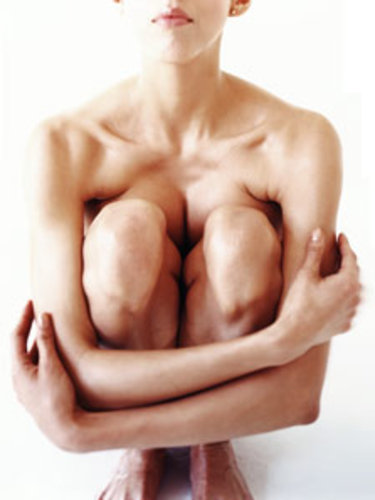 1) The only difference between a friendship and a relationship is intimacy. If you have a sêxless marriage or a sêxless relationship, what are you? companions? best friends? If a couple doesn’t have much sex, then this generally means they lack passion, and that they could be more in love. There’s no such thing as losing the feeling of being in love. You just lose the ‘state’ of being in love, and you lose polarity/passion with your spouse.  You can be in love and have passionate sêx way in to your old age.
Yes, sêx is not the only way to achieve intimacy, but it is one of the main and most important ways to achieve intimacy between a man and a woman. Not making sêx a priority can cause your relationship to deteriorate. The passion dies out.
2) Women can go to their girlfriends, a counselor, a guy friend, a mother, father, relative, aunt, to connect and talk to people. Men don’t generally do this.
I’m not saying there aren’t men who DO call their guy friends up for a long chat about their feelings, problems and sêx life, but this is not common.
Sêx is one of the major and most important ways through which a man gets his needs of connection/love met. Men aren’t just asking for sêx because it feels good (although that’s part of it too).
If a man loves his woman, he wants to have sêx with her because he loves her and wants her to be open to him. This is one of the main ways in which a man expresses his love, and it is one of the major ways in which a woman can show and prove her love for her man (although by no means the ONLY way).
For a lot of men, his woman is the only place he can go to for connection and love. His woman is often the only source he has. Men have many challenges in the world – and it’s important that he has a woman who understands his needs. Of course – understanding a man’s needs is not about just giving him sêx. Men have many other needs, too. But the issue of sêx is one that many women struggle with.
And, the modern western world has been affected by the feminist movement which has given women the idea that they shouldn’t prioritize a man’s needs, and that includes not wanting to meet his sêxual needs regularly. However, the man is still expected to meet her needs!
Your man’s needs are just as important as the needs of your children or the needs of your friends! At the end of it all – your man is the one you’re going to be left with. Children will grow up and leave. Friends will have their own lives. A sêxless marriage or a sêxless relationship can cause a man to become dejected and resentful, as with every rejection the negative association (with his wife or girlfriend) becomes stronger.
3) Let’s talk about masculine and feminine energy, which relates very, very closely to sêx. The masculine energy is about releasing. The feminine energy is about filling up. I’ll say that again. The masculine energy wants to release and the feminine energy wants to fill up.Filling up is also very much about the emotional aspect of things.
The feminine energy has many ways to fill up – shopping, having sêx, talking to girlfriends, connecting with pets, talking, listening, and much more. The masculine energy has many ways in which they can release, too – but men don’t generally think the way women do.
4) It feeds a man’s needs for love from his woman. I know a lot of women will want to lash out at me for saying this – but if two people are in a relationship, and the woman denies her man of sêx, puts the children/career/girlfriends/other family first, then over time, this starts to build up negative associations within the man in relation to the woman, and makes him feel less like a man, less loved, less accepted – and this can (NOT always!) lead to cheating.
Sêx with a woman whom he loves fulfills a very deep need for love and acceptance within a man. If you’re not attracted to him enough in order to want to have sex with him, over time, he may start to feel less of a man – more like you don’t accept him as a man and that you’re not attracted to him. This is a painful thing to feel.
This is also one reason why men cheat. A lot of their emotional needs are met through sêx!!
In The Truth about Cheating: Why Men Stray and What You Can Do to Prevent It

- licensed family counselor M. Gary Neuman studied hundreds of men who had cheated on their wives, in order to find out why they did.

His results show clearly that the main reason why men did cheat on their women was for emotional reasons. When asked what led to their cheating, the answers given by the men showed up as follows:
This doesn’t mean women should be pressured in to having sêx. Women and men (equally) need to work on creating passion, love and excitement with their spouse so that lack of sêx will not be a problem, but rather – lack of free time space or opportunity for it  – a much healthier problem!!


5) I’ll be as frank as I can.
Never expect to just be loved and adored for who you are without having to put any effort and sweat in to anything. We are all enough – but you can never, ever - expect to have and keep the man of your dreams or to have a passionate lifelong, loving relationship where you’re worshipped and adored by your man for life if you do not give to him. It’s all about the standards you have for yourself.
And, it’s important to remember that women (and men) must give to their spouse in a way that their spouse can receive it! If you just give or express love to them in the way YOU think is best – but the other person doesn’t perceive love in this, then it’s very easy for that relationship to break down.
If you’re always thinking of yourself, and constantly quantifying what you get and give in your relationship (like that terrible, TERRIBLE saying – Give-and-take) you will never have and experience that amazing relationship that everyone dreams of and which everybody wants.
That’s all for now. Do you have any thoughts on this subject? Feel free to share them below. And, if you did like the article, let me know. Also, let me know if you hated it too