March 25, 2013
An Ogun State High Court sitting in Isabo has sentenced Akinsoji Goyea,36, to seven years imprisonment without an option of fine for kidnapping 11 months old baby in Abeokuta. 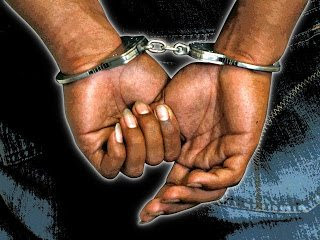 A Police Officer, Abiodun Olurebi, told the court that the matter was reported to him on August 24, 2010 which prompted the arrest of the suspect.

He said his investigation had shown that the suspect stole the baby belonging to Mr and Mrs Moshood Lawal of 4, Ajegunle Street, Mile 2 area, Rounder, Abeokuta.

Olurebi said further that the suspect willingly admitted guilt of stealing the baby who was later suffocated to death in the course of the kidnapping. “He claimed to have taken the baby away in his arm before putting him in a sack through the window while his parents were in the sitting room.

“He also admitted that the baby died due to suffocation when he was taking him to Lagos to sell to a standby buyer.

“Goyea also said in his statement that he took the remains of the baby to one Baba Vero in Ikoyi, who told him he needed blood of a baby for ritual purpose.

“He told us that he took the baby to Baba Vero in an uncompleted building in Ikoyi area of Lagos and that he was only paid N40,000 of the N300,000 agreed upon, “ the police told the court.

The Prosecuting Counsel, Mrs Omolori Osinbajo, who called other witnesses, including parents of the victim, tendered series of evidences and the statement made by the suspects to the court.

The presiding judge Justice Olanrewaju Mabekoje in the matter said “ the accused person is hereby found guilty as charged. “You are accordingly sentenced to seven years jail term with hard labour and without an option of fine.“
entertainment