March 22, 2013
A confirmed report reaching me says the Islamics set popularly known as Boko Haram was caught at Isale ebute street ijora oloye apapa not far from oba of ijora palace today around 8:00am. 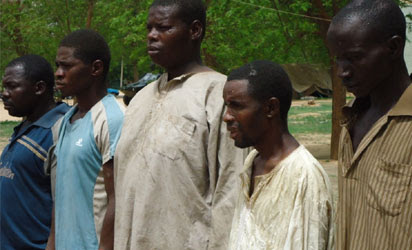 
The source told adekunleadeniji.com that One of their member was caught at ajegunle yesterday so after much torture he confess about their members in ijora.

Which led to the capture of the sets at ijora this morning,there was heavy presence of military personnel in the area. He also said bombs and ammunition was found on them which was hidden in a cooler.

He also said the whole of IJORA is still in shock.

For your info Boko haram is now is lagos so beware. May God deliver us all.

more news on it to come
entertainment