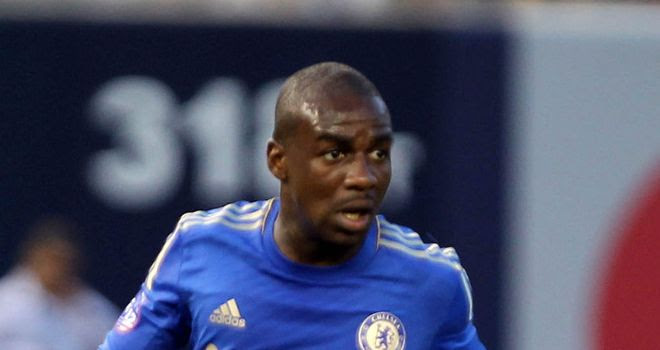 Gael Kakuta: Keen to stay at Vitesse Arnhem beyond the summer

Gael Kakuta says there are too many players at Chelsea and he would prefer to be playing elsewhere again next season rather than return to a club where he will not play regularly.
Kakuta has spent this season on loan at Vitesse Arnhem in Holland and has previously had temporary spells with Fulham, Bolton and Dijon.
He made the move to Stamford Bridge from Lens as a highly-rated teenager in 2007 and was tipped for a bright future with the Blues, but he says he now has more realistic ambitions.

"I don't dream about Chelsea any more - I used to, now I know better."
Gael Kakuta
The 21-year-old believes the size of the Chelsea squad makes it difficult for young players to break into the first team and he is keen to stay at Vitesse next term.
He said in The Sun: "I don't dream about Chelsea anymore - I used to, now I know better.
"I hope I can join a club like Vitesse next season, where I can play every week.
"Chelsea have far too many players. At my age I need to play regularly but if I go back I'll just get 10 minutes a month and I don't want that."