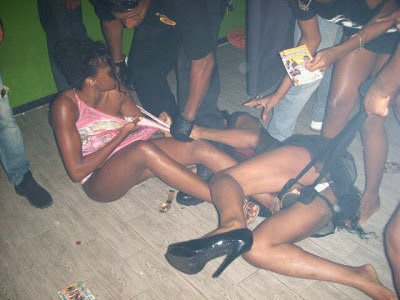 Below is a picture taken of two girls fighting shamelessly in the club. The reason why they are fighting still remains unclear, but some say they had taken so much alcohol and suddenly both lost it, while others say the two girls were fighting for the attention of a rich man in  the club.
Either way, this is a very disgraceful act from two African woman who should display the act of class and integrity rather than trashiness. What is your take on this?