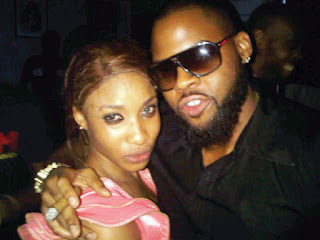 Recently, the sexy actress has been spotted at various hang out spots with G-MUZIK CEO, Chief Capo. Chief Capo is an international model, rapper and singer, who returned from the states earlier in the year to set up his own musicempire G-MUZIK ent. Since returning, he has been rumoured to be in a relationship with the actress.
The artiste is said to have released a song titled Booski love in the USA, which people say is dedicated to her. However, when asked if there is a love affair in the air, both parties declined to comment.
Pictured above is the boyfriend of Nigerian Actress,Tonto Dikeh…..She is heart broken,see her twitter rants below: