See What Jonathan Said About His Fight Against Corruption 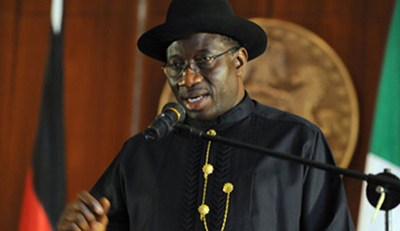 Indeed, wonders shall never end in this country called Nigeria. The rate at which political office holder lie and deceive the people they're governing with words is legendary.
While reacting to misgivings about his approach to the fight against corruption which most Nigerians perceive as very unserious, weak and nonsensical, President Goodluck Jonathan said:

“Corruption and issues of good Governance are also being vigorously tackled on all fronts. Nigeria was one of the first signatories to the Inter-governmental Action Group against Money Laundering in West Africa (GIABA), and I recently signed the Anti-Money Laundering Act into law.

“The three tiers of government now meet regularly to review and appraise progress and strategy. The recent dismissal of three judges found to have compromised their offices is an unmistakable signal of zero tolerance for corruption in the judiciary.”

Jonathan said this on Tuesday at the opening of the Economist Magazine’s Nigeria Summit in Lagos.