I Have A Man In My Life, Lesbians Should Stop Texting And Pinging Me - Nollywood Actress Confessed

April 05, 2013
She is well known in Nollywood most especially in the Yoruba genre. This single mother, who floated a foundation a while ago, Pinkies Foundations, Iyabo Ojo, has been having issues with lesbians who have become a pain in the neck for her. 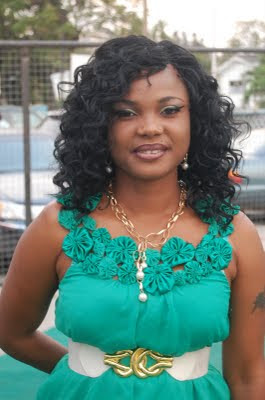 When she was asked what her reaction was on the Pinkie Foundation that's believed to be a group founded for lesbians she said. A lot of people had different impressions about when we started, because of the name, the sexy Pink Ladies.

So they thought it was a lesbian group, but 80 percent of the women in the group are married with kids. And I am not someone who supports lesbianism. I don't have a problem with those who practice it, it's their choice, but I do not believe in it because I don't think it's normal. So when people make such accusation, I just laugh.


I read a paper recently with the headline Iyabo Ojo in trouble over lesbian Party and I laughed. I do not want to talk bad about lesbians but I am not someone who supports it, and I don�t like them giving wrong impression about what I do, because I don't want lesbians coming to me, pinging me or texting me and I have to start insulting or rebuffing them.

I have actually done that. The media is actually sending the wrong message, when you talk about my group being a lesbian group, because I do not support lesbianism, I do not believe in it, I do not encourage it. I have not been and never will I be part of that.

On if she has a man in her life, Yes, I have a man in my life and I believe in the normal way of life. I think it's not normal, I think it�s mental dysfunction of anybody who does that.

I don't see it as something that is right. I'm sorry if it sounds offensive to lesbians but I do not appreciate it. When they do it, it's their life. I don't condemn them for what they do, but I'm not a part of it.

Thanking fully, I'm using this medium to say it out to lesbians, they should stop texting me or pinging me, because I am not a lesbian and I do not appreciate it.

When they do that I would insult them, so they should please stop peddling all this rumors because it is not true, She said.