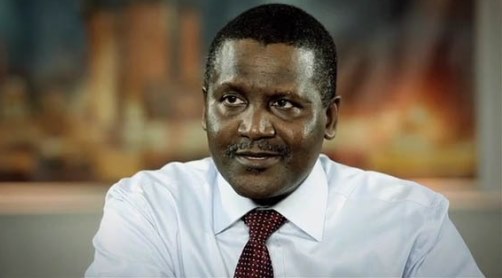 Dangote has been named Africa's first $20billion man, thus becoming one of the top 25 richest people in the world.


Nigerian billionaire and Africa’s richest man Aliko Dangote has become the first African entrepreneur to lay claim to a $20 billion fortune as the stock value of his largest holding, Dangote Cement, leaped just about three-fourths since March when Forbes released its annual ranking of the world’s richest people.

Aliko Dangote’s 93% stake in the cement company is now worth $19.5 billion. Add this to his controlling stakes in other publicly-listed companies like Dangote Sugar and National Salt Company of Nigeria and his significant shareholdings in other blue-chips like Zenith Bank, UBA Group and Dangote Flour; his extensive real estate portfolio, jets, yachts and current cash position, which includes more than $300 million in recently awarded Dangote Cement dividends, Dangote is now worth more than $20 billion.

Put into context, the Nigerian billionaire is now among the top 25 richest people in the world, richer than Russia’s richest man, Alisher Usmanov, richer than India’s Lakshmi Mittal and running neck and neck with India’s Mukesh Ambani. He is catching up to such Americans as Google’s billionaire founders Larry Page and Sergey Brin.

The unprecedented surge in Dangote Cement’s share price is largely a market response to the company’s impressive 2013 Q1 results.

The cement manufacturer’s unaudited results for the three months ending March 31 showed that the company’s pre-tax profit rose to $339 million, representing an 80.6% increase from last year and a strong indicator of the company’s future earning potential. The results also indicate a 79.5 % rise in its earnings per share over the corresponding period last year.

Explaining the company’s share price boost in an email to Forbes, Carl Franklin, Dangote Cement’s Head of Investor Relations in the U.K said that in the first quarter of 2013, the company had a huge increase in demand across Nigeria, gas supply improved considerably and the capacity was much more ramped up.

“So Q1 was the first sign of just how profitable we can be in Nigeria. The amazing thing is that 66% of our gas-fired production in Q1 was done at 84% gas. Imagine what would happen to margins if we did the same amount at 95%. This has given investors a good sense of what we can really do when everything goes in the right direction,” Franklin said.

With a current market cap of $20.5 billion, Dangote Cement becomes the first Nigerian company to achieve a market capitalization of over $20 billion.

“It’s certainly a landmark for a Nigerian company and we’re proud to be the first to achieve it. Obviously we are focusing on building long-term and sustainable value for shareholders through our investments in Nigeria and Africa. Nigeria is a very entrepreneurial country and I can assure you that other companies will follow us in achieving this.”

Other companies might eventually achieve this, but it’s going to take a bit of time. Dangote Cement currently accounts for more than a quarter of the total market capitalization of the Nigerian Stock Exchange. The second largest company on the Nigerian Stock Exchange (NSE) is currently Nigerian Breweries, West Africa’s largest manufacturer of Alcoholic and non-alcoholic beverages. The company has a market cap of $8.5 billion.

Dangote was destined to shine in business. At age 8, he apparently gave packets of sweets he had made to the house servants to sell for him. His father Mohammed Dangote was a successful businessman and an associate of his maternal uncle Alhaji Sanusi Dantata. Dantata and his brother controlled the trade in kola nuts and livestock conducted by 200 agents. Dangote started building his fortune over three decades ago after taking a loan from Sanusi Dantata. He started trading in commodities like flour, sugar and cement.

He became a billionaire by later manufacturing these items. He started making pasta, salt, sugar and flour in 1997. But he found his gold mine in cement, when he was awarded a government’s state owned cement business in 2000 and began building his own plant in 2003. He listed Dangote Cement in 2010.

Today, it is Africa’s largest cement company providing cement to Nigeria and other African countries that otherwise would likely have to pay to import much of the materials.

Dangote still likely has bigger ambitions. He told Forbes Wealth Editor Luisa Kroll at Davos in 2011 that he expected his firm to have a market cap of $60 billion within five years. At $20.5 billion, Dangote Cement still has a long way to go to live up to that dream, and while it is quite unlikely that Dangote Cement could hit a $60 billion Market Cap by 2016, don’t write it off as ‘impossible’. With Dangote, you never know.
entertainment