These disturbing pictures of the King of Pop, Michael Jackson’s room was released in court by the LAPD this week  showing prescription bottles for drugs including Propofol.

Jackson’s family continue to pursue a lawsuit against his concert promoters, AEG Live  claiming they had failed to properly investigate his doctor,  Conrad Murray.
In two weeks, the Jacksons would be marking the fourth anniversary of his death. 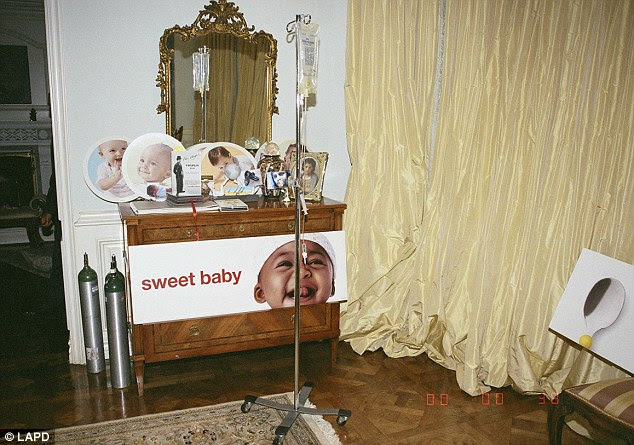 Unseen: New evidence pictures of Jackson’s bedroom were released this week including this shot of an IV bag, oxygen canisters and a bizarre series of baby portraits 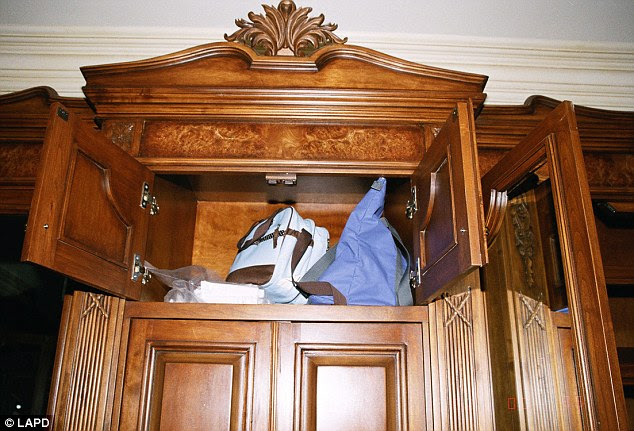 Stash: A medical bag, believed to be Dr Conrad Murray’s  is tucked away in Jackson’s grand closet
more story below 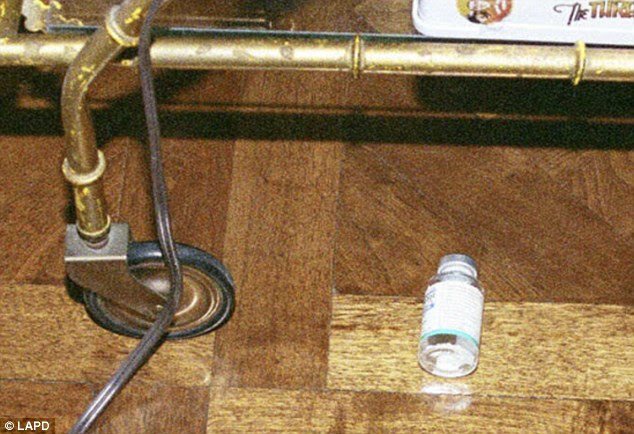 Emptied: Several empty pill bottles could be seen  rolling around the floor of Jackson’s opulent room 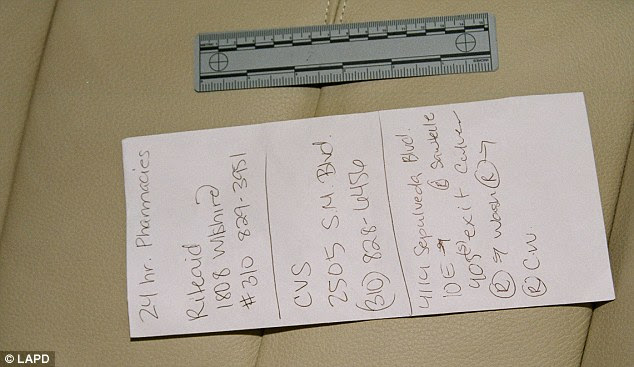 Close at hand: A list of the nearby pharmacies was  discovered on what appears to be a car seat 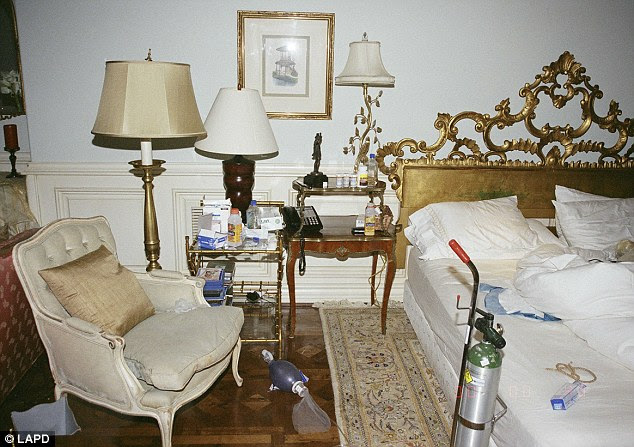 Tragic demise: The new round of photographs from the  bedroom of Michael Jackson after he died in 2009 were submitted into evidence at  his wrongful death trial this week 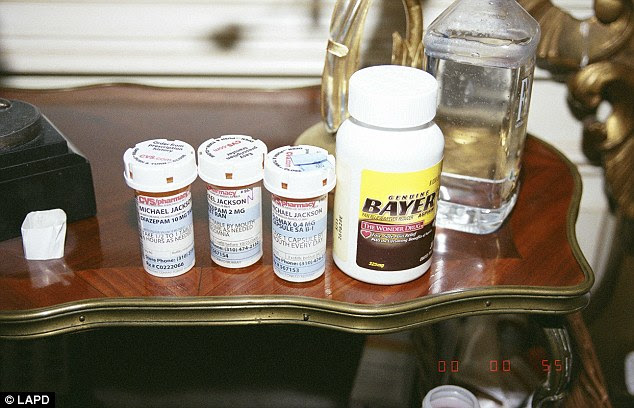 Medicated: Jackson’s bedroom was an array of  prescription pill bottles and over-the-counter drugs at the time of his death in  June 2009 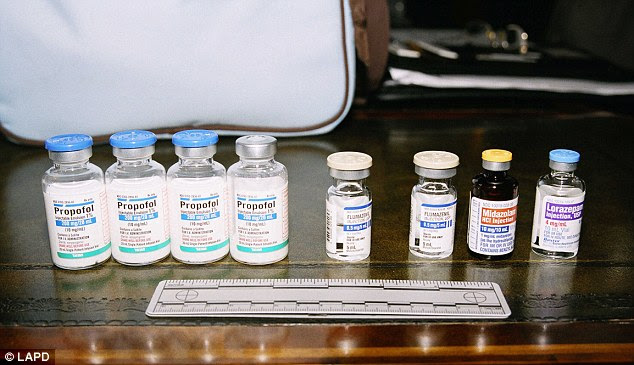 Dependency: Four bottles of Propofol and a variety of  other drugs line Jackson’s night stand 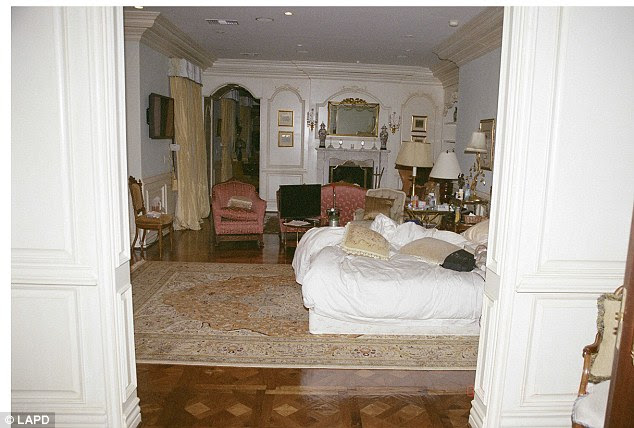 The end: Michael Jackson died of acute propofol and  benzodiazepine intoxication after suffering a cardiac arrest at his home in LA  in 2009 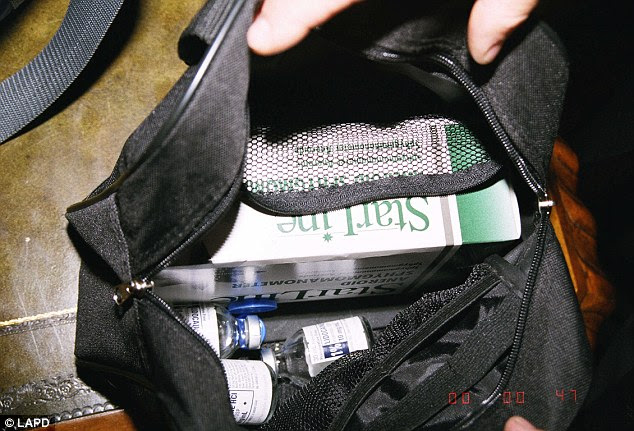 Heavy dosage: A medical bag full of bottles that was  found in the medical superstar’s bedroom 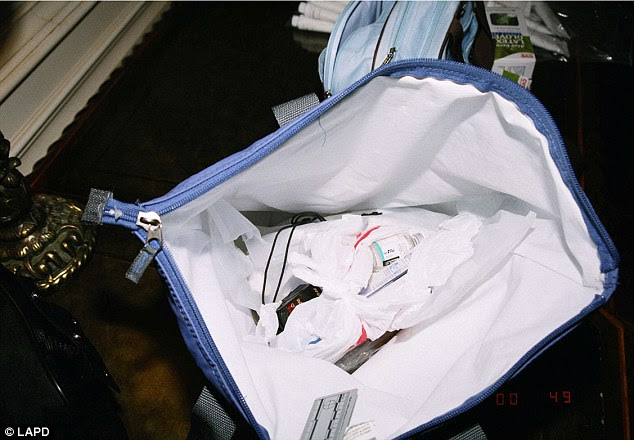 Waste: Various empty bottles and medical supplies were  found in the room following the singer’s death almost four years ago 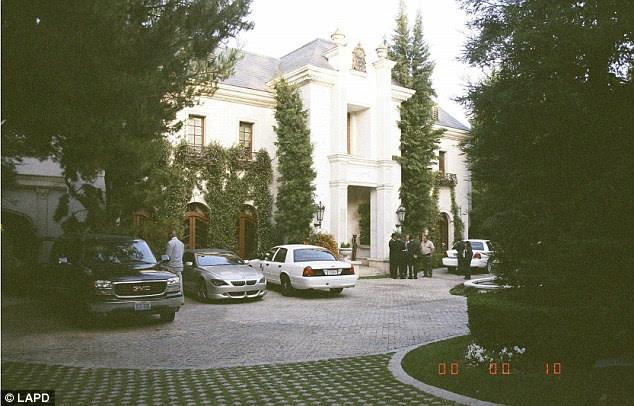 Investigation: Police quickly arrived on the scene at  Jackson’s mansion following his tragic death in 2009 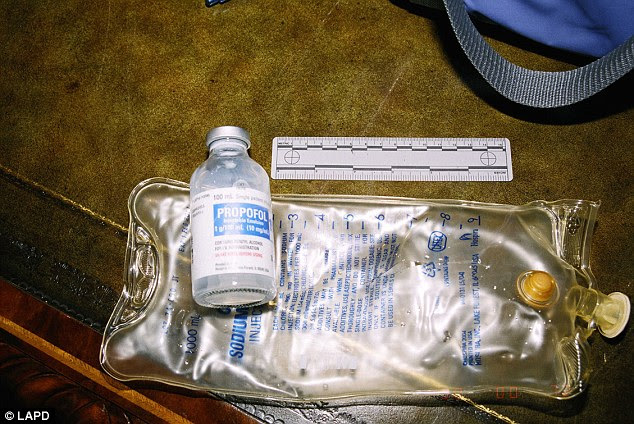 Overdose: The singer died at home, aged 50, from  Propofol intoxication 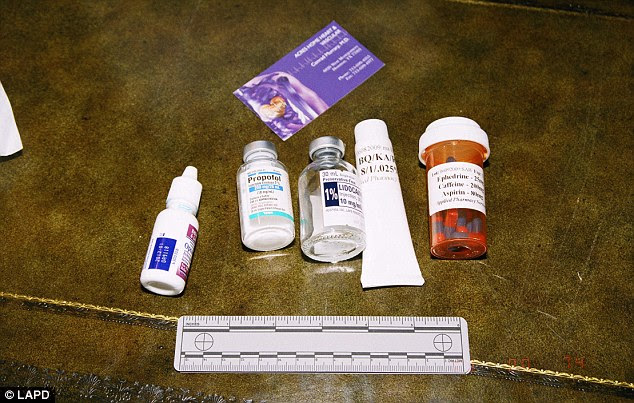 Concoction: Jackson had been taking a variety of  prescription pills and remedies at the time of his death 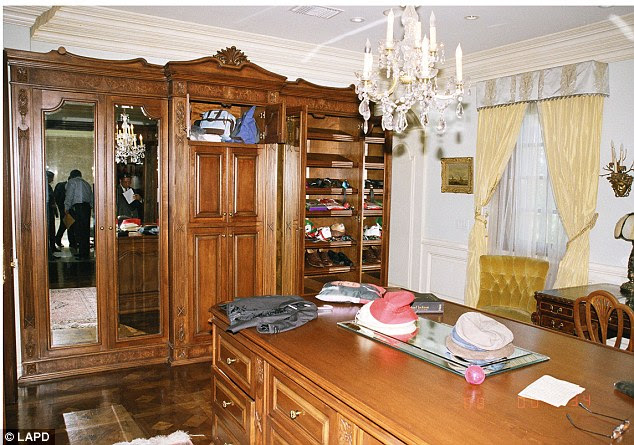 Hidden away: A medical bag belonging to Conrad Murray  can be seen in a high cupboard in Jackson’s dressing room 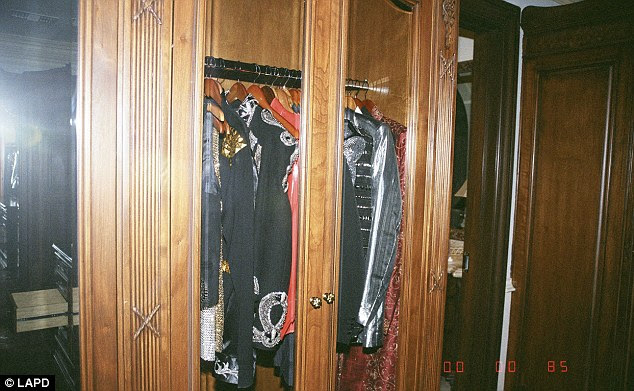 The ultimate showman: Jackson’s iconic embroidered  jackets hang in a closet, in an image released this week by the LAPD 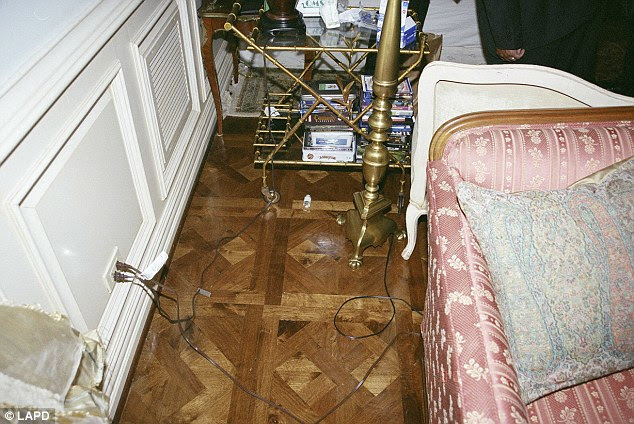 Battle: Empty bottle lie on the floor under a nightstand  in Jackson’s bedroom which holds stacks of DVDs 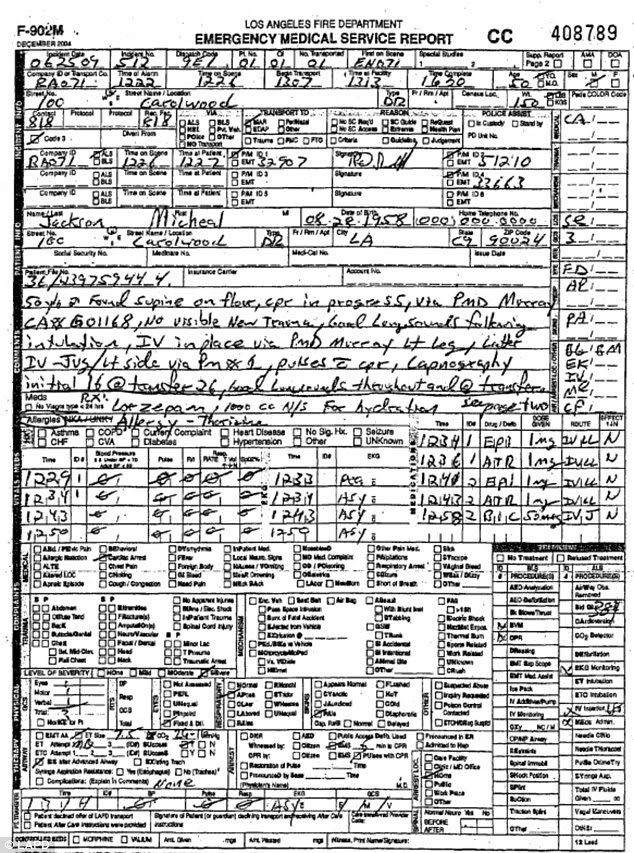 Last moments: The Emergency Services report of what  ended up being the end of Michael Jackson’s life at his Carolwood residence in  California
Photos, caption: [H/T DailyMail]
entertainment