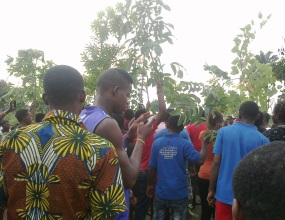 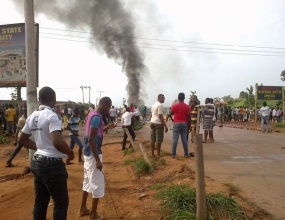 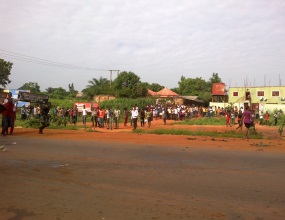 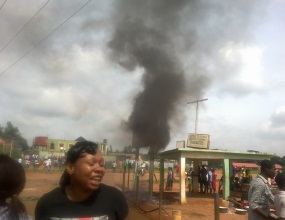 There was riot in Igbariam campus in Anambra State University this morning. Heard things have died down a bit. According to unconfirmed reports which I am getting from students of the school, who are also sending in photos, armed robbers invaded the students' lodge last night to rob and they ended up shooting quite a few students. One student died last night, while another one who was shot died early this morning in the hospital.

Some students decided the best way to respond to the incident was to riot against the school and state government, blaming lack of security for their fellow students' deaths.

Students say they pay N135,000 per session for new students and 107,000 for old students and still don't have security or even a functioning hospital, plus no light!

The rioting students went on the streets insisting on speaking with Governor Peter Obi. The students calmed down after the school Vice Chancellor addressed them about an hour ago.
entertainment