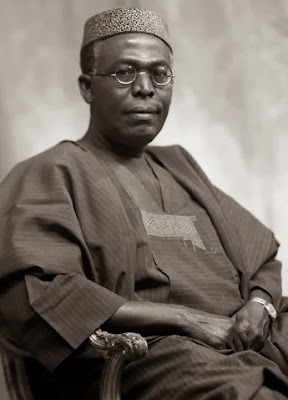 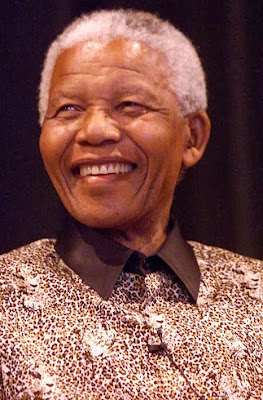 
I am too much of an Awolowo man not to see that the process of moving into independence in South Africa and in Nigeria followed exactly the same pattern. It was based on a negotiated settlement. The liberation struggle did not create the end of apartheid. It was a negotiation and Nigerians negotiated exactly the way Mandela negotiated.

“The only man in Nigeria, who stood up against it, was (Obafemi) Awolowo. He was quickly jailed and all his men scattered across the prisons in Nigeria. Some driven abroad and the educational system that he had put in place was smashed.” Ofeimun said

"People talk about Mandela’s capacity to put various classes (of people) together as theory, but Awolowo ironed it out very clearly, why you don’t need a class struggle, in order to create a society in which all children can go to school; in which everybody can get a job, and in which old age pensions will be paid to people.
“It is not just love and I want to emphasise that. Those who criticise Awolowo’s socialism for wanting in love are obviously basing their argument on his claim that a government should be like a sun that shines on all equally. If it is about a theory of how to bring the people together on the African continent, none is as good as the Awolowo’s and I’m not trying to pretend.
“Bring all their writings, fine phrases, alright, but reduce them to economic terms, and I can tell you that there is only one man who rivals Awolowo in this respect and that is Nkrumah. Unfortunately unlike Awolowo, Nkrumah did not believe in either a democratic or a federal theory. If you want to save Africa, you need those two.”
Ofeimun said he chose Awolowo over Mandela because..
"The simple reason is that what needed to be done in South Africa, after apartheid was precisely what Awolowo wanted for Western Region and Nigeria after independence. Which is to say put every child at school, ensure that productivity takes the creativity of the individual citizen into proper focus and build the relationship between people and not on whether they did not love each other? But whether there is justice and equality.”
Interview transcribed by Punch.


i found this also by a writer though...Good points

Chief Awolowo’s greatest achievements resulted from the foresight, clear sense of direction and sheer competence that he brought into government.

At the beginning of his career in government, Chief Awolowo quickly reformed the Local Government system of the Western Region and took revolutionary steps to Nigerianise and improve the Western Nigeria Civil Service. An extremely good judge of men’s qualities, he had also put together a very efficient team of ministers. Having taken those steps, he was set to achieve within 5 years a string of "Firsts" in the history of Africa. Between 1954 and 1959, his government­
evolved, and was served by,the most efficient Civil Service in Black Africa;
introduced and successfully implemented the first Free Primary Education programme in Africa;
introduced and successfully managed the first Free Medical Service programme in Nigeria - for children up to the age of 18;
established the first Television Station in Africa;
built the Liberty Stadium, the first such modem sports facility in Nigeria;
introduced and successfully implemented the first minimum wage policy in Nigeria and actually paid to Western Nigerians from October 1954 a minimum wage that wasdoublethe amount paid to workers of the same level in some other parts of Nigeria;
set up Nigeria’s first industrial complex at Ikeja;
set up Nigeria's first commercial Housing Estates at Ikeja and Bodija, Ibadan.