How Zlatan Ibrahimović Finally Made The Special One Smile(hilarious) 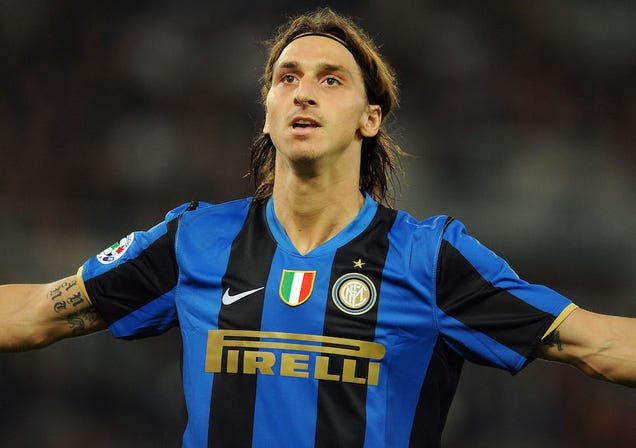 The World Cup has been pretty damn entertaining so far but let's face it: It would be even better were Sweden's Zlatan Ibrahimovic there. This is an excerpt from his hilarious (and surprisingly well-written) memoir, I Am Zlatan.
I remember one match against Atalanta. The following day I was supposed to receive the award for Best Foreign Player and the Best Player Overall in Serie A, but we were down 2–0 at halftime and I'd been pretty invisible, and Mourinho came up to me in the locker room.
"You're gonna get an award tomorrow, eh?"
"Huh? Yeah."
"Do you know what you're going to do when you get that award?"
"Er, what?"
"You're going to be ashamed. You're going to blush. You're going to know that you haven't won shit. People can't get awards when they play so terribly. You're going to give that award to your mom, or somebody who deserves it more," he said, and I thought, I'll show him, he'll see I deserve that honor, just wait until the second half, never mind if I can taste blood in my mouth, I'll show him. I'm going to dominate again.
There were things like that all the time. He pumped me up and cut me down. He was a master at manipulating the team, and there was just one thing that really bothered me: his facial expression when we played. No matter what I did, or what goals I scored, he looked just as ice-cold. There was never any hint of a smile, no gestures, nothing at all. It was as if nothing had happened, sort of like there was a motionless game in midfield, and I was more awesome than ever then. I was doing totally amazing things, but Mourinho had a face like a wet weekend.
One time we were playing Bologna and, in the twenty-fourth minute, Adriano, the Brazilian, was dribbling along the left side and made it down toward the goal line. He put in a cross, a hard shot that came too low to head and too high to catch on the volley, and I was crowded out in the penalty area. I took a step forward and backheeled it. It looked like a karate kick, just bam! straight into the net. It was absolutely insane. That was later voted Goal of the Year, and the spectators went nuts, people stood up and screamed and applauded— everybody, even Moratti in the VIP section. But Mourinho, what did he do? He stood there in his suit with his hands by his sides, completely stone-faced. What the hell is it with that man? I thought. If he doesn't react to a thing like that, what does get him going?

I talked it over with Rui Faria. Rui is Portuguese as well. He's the fitness coach, and Mourinho's right-hand man. The two of them have followed one another from club to club and know each other inside and out.
"Explain one thing to me," I said to him.
"Okay, sure!"


"I've scored goals this season that I don't even know how they happened. I can't believe Mourinho has seen anything like them. And yet he just stands there like a statue."
"Take it easy, fella," said Rui. "That's how he is. He doesn't react like the rest of us."
Maybe not, I thought. Even so . . . then I'm damn well going to make sure I liven him up, even if I have to achieve a miracle.
One way or another, I was going to make that man cheer.