About 60 million Nigerians between 18 and 40 years of age may be spending up to N1.8 billion on sports betting daily, investigation by the News Agency of Nigeria (NAN) reveals. 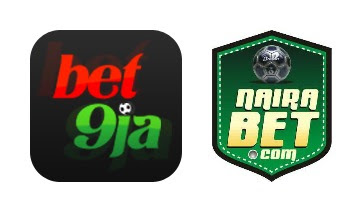 The investigation showed that they commit on the average N3,000 on sports betting daily.
Dotun Ajekigbe, a sport betting analyst, said that sport betting though risky was also rewarding.
Ajekigbe said that about 60 million Nigerians placed bets on different matches daily across the country.
He said that most unemployed youths have taken to online and other forms of sports betting to make a living.
According to him, from findings this group of people stake an average of N3,000 daily.
“Sport betting is gambling, not investing in bank shares.
“But almost everything in life is a gamble, more so with money matters. With gambling comes risks because it not 100 per cent guaranteed.
“However, you can dramatically reduce your risks by taking calculated risks only.
“When you take calculated risks, you base your decisions on sound research and evidence, not intuition.
“Sport betting is by chance. The better informed the player is, the better the chance he/she has of making money,” he said.
Ambrose Obialor, who runs Yobo Viewing Centre, Lagos, says that some people bet between N2, 000, N10, 000 and above, depending on the individual.
He said that some people denied themselves of food after spending all they had on a bet.
Afeez Adigun, an agent for 1960 Bet Company, Lagos, said that between 200 and 300 people visit his office to place bets on match days during football seasons. while about 150 people bet at off-seasons.
According to him, a betting company can generate up to N20 million monthly and use between N5 million and N7 million to meet winners obligations in terms of payment.
He also described sports betting as very risky but highly rewarding business.
A representative of another betting company, Betting World, who did not want his name mentioned, said that sport betting companies have employed about 50 youths in Lagos.
He also said that betting outlets were always filled with countless young people between ages 18 and 40 who come to place their bets.
The representative said that most people borrow as much as 10,000 for their daily stakes, stressing that some of them win, while others lose but returned for the next day’s betting.
He said that most people did not like to place bets on Nigerian matches because they were highly predictable.
Lanre Gbajabiamila, Chief Executive Officer, Lagos State Lottery Board, said the lottery industry was very risky but also lucrative.
Gbajabiamila said that the board generated about N1 million in 2013 from about 11 sport betting companies in the state.
He added that more revenue could be generated with more investment to develop the industry.
“The state government has been making efforts to provide an enabling environment for the lottery industry but only 40 per cent of the industry had been tapped into.
“We urge the Federal Government to create a more enabling environment for operators in the industry to increase revenue and create jobs for youths.
“The major needs of the operators are improved electricity and internet provision to boost the business,” he said.
He restated the commitment of the board to rid the state of illegal lottery operators.

Looking to invest in the Nigeria market as an agent  or need a franchise ?
talk to me at   Kunlexengine@gmail.com
Gambling