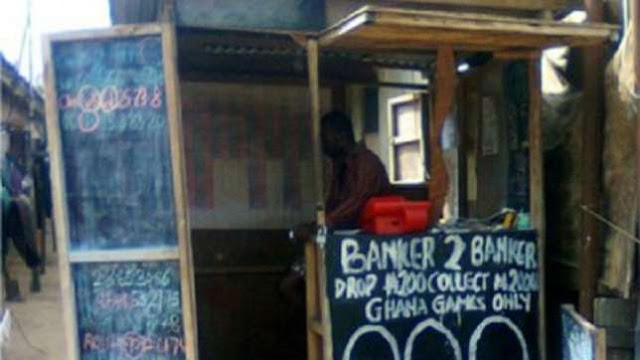 A middle-aged commercial motorcyclist identified as Marcel Okorie, reportedly slumped and died at a lottery point popularly called 'Baba Ijebu', after he realised that he had lost a huge sum of money which was said have run into several thousands.
The incident which happened somewhere around Akute, a suburb of Ogun State, according to eyewitnesses, saw the shocked stakers running helter-skelter after Okorie rode on his bike to the spot and on checking the board, realised he had lost his money and was heard moaning to himself, lamenting that he had lost the money meant to pay his house rent after he was given an ultimatum to pack out of his rented apartment by his landlord.
A witness who did not want his name in print painted the picture:
"It is very sad. I knew the man very well. We used to do 'okada' work together from Ogba to Akute and once in a while, we staked 'Baba Ijebu' at the same place.
On the fateful incident, Marcel said he had a dream where his late father gave him some numbers and he played with over N45,000 and would have won millions if they had played.
But unfortunately, the numbers did not play and he slumped when he saw the result. We tried to revive him and by the time we were able to take him to a nearby hospital, he was already dead.

Dont ever gamble with money you cant afford to lose